As usual, I have used information from icasualties.org (Iraq Coalition Casualty Count) to develop some graphs reflecting trends in Iraq violence. I've added a third tracking graph, this one representing the average number of coalition troops killed per day over the course of each month. The monthly average makes early returns more useful, in that a mid-month average (right now for June 2008 the average is 1.23) can be reasonably compared to the previous month's average. 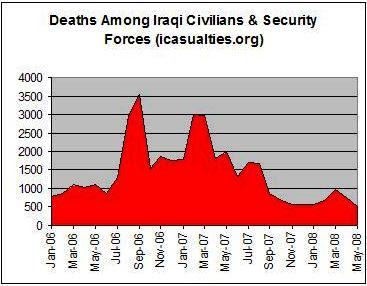 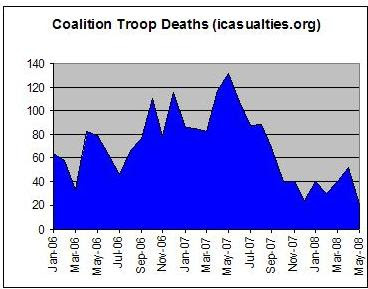 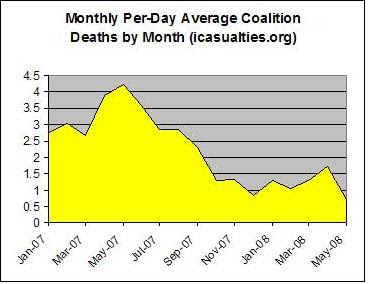 On the third graph, note that the beginning point is January of 2007. As one might expect, the yellow graph closely shadows the blue graph for the corresponding period.
Posted by Bryan White at 10:33 PM